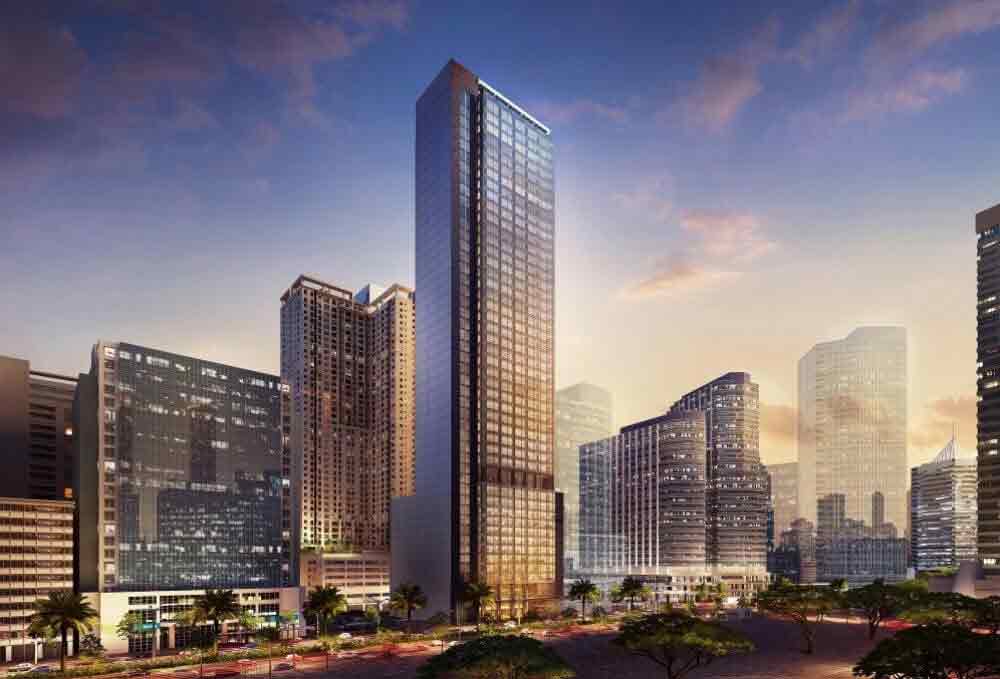 Formally known as the JAKA Tower, the Alveo Financial Tower is an office building under construction in Makati, Philippines. It was referred to JAKA since it was initially a property of JAKA group which was owned by the family of a senator by the name Juan Ponce Enrile.

The construction of the Alveo Financial Tower began in 1996, although it did not go on as planned since in 1998 the construction was halted due to financial crisis until later in 2014, when the new owners, the Ayala Land Inc., took over. Immediately after taking over the ownership of the building in 2015, it changed its name from the JAKA Tower to the now Alveo Financial Tower. The tower is expected to be completed and ready for occupation by as early as 2019.

The skyscraper was initially designed by Hellmuth, Obata and Kassabaum ( HOK) architectural firm which is a US based architectural, engineering and urban planning company. The HOK is responsible for designing some of the most unique buildings in the world. Some of the structures that HOK has designed include the Priory Chapel at Saint Louis Abbey, Kellogg Company Headquarters in Battle Creek, Michigan, Passenger Terminal Amsterdam in Amsterdam, Rogers Place arena in Edmonton, Alberta, Canada and Steven F. Udvar-Hazy Center in Chantilly, Virginia among very many other projects that it has undertaken worldwide.

Before continuation of the construction of the Financial Tower 15 years since it had been halted, the Alveo group involved Magnusson Klemencic Associates, which is a foreign structural and civil engineering company, together with Sysquared + Associates so that that it could carry out a structural integrity assessment on the structure to ascertain if it is fit for construction to continue. An architectural firm by the name William V. Coscolluela & Associates was also involved in making consultations on the initial design of the Tower.

Its completion is estimated to be on 2019 and it will have a total of 49 floors. It will actually be 48s and a roof deck at the top.

Although the tower is designed to be an office building, it will have retail shops at the first three floors ( ground floor, second floor and third floor). On its fifth and seventeenth floors the tower will have a business activity area.

In total, it is designed to have 363 units with the size of each unit ranging from 108 square meters to 129 square meters which is enough room for conducting business.

The Tower is easily accessible from all corners of the city and it is also very well connected to the rest of structures and buildings within the City of Makati. This is mainly attributed to the fact that it stands on a piece of land along the Ayala Avenue which is a major road not only in Makati City but in the Metro Manila. The avenue is joined by several other joining streets as it cuts through the Central Business District of the city.

Given that it will be constructed to premium office building standards, it is definitely be a classy building suitable for all kinds of firm offices.

At the heart of Makati’s Central Business District, specifically 6794 Ayala Avenue stands The Alveo Financial Tower. The Ayala Avenue is the artery of Makati CBD. This address speaks for itself. The most distinguished among the addresses within the district. This is the heart of the country’s business and financial capital, and almost everything beats around here.

The Alveo Financial Tower is a LEED-certified office tower with 49 stories and strategically situated between Makati’s established financial district and the new growth center of the city- the City Gate. The Financial Tower is highly-meshed within Ayala Avenue and integrated with so many multinational business command posts, various prestigious institutions and the city’s emerging hotspots on the avenue’s locality.

The address is truly the best spot in all of Makati and perhaps the rest of the metro. The Alveo Financial Tower is expected to change the avenue’s modernity and functionality where it could be a stimulus to maintain only those efficient facilities enhancing unique user-friendly features. Providing a straight-forward and effective building features, end-users could concentrate on the task on hand while delivering quality products for their company.

This is how Alveo Land innovates and operates, its brand of innovation is copied by other well-known brands but just can’t be equaled.

Alveo Land Alveo Financial Tower in Makati City, Philippines is a premier Office project available for sale. If you're looking to rent or purchase Alveo Financial Tower, then check here first. We have full details of Alveo Financial Tower updated regularly as well as everything you need to know about the availing and booking process, broken down into stages that includes selecting a unit, choosing a payment plan and buying your dream home at the right price. For price list, free site tripping or showroom visit, personalized service, model house, unit plans, floor plans, payment terms, CHAT LIVE with an agent 24x7. Always only buy from PRC licensed Real Estate Brokers and Agents.

Why Invest In  Alveo Financial Tower

Be There Where Big Businesses Are

They often say that “birds of the same feather flock together”. In business, this might also hold true. Just like the partnership of Ayala Land and Alveo Land, they are just inseparable. And look at them now; they are both leaders in their respective industries.

Ayala Avenue, like what we reiterated, is where the Alveo Financial Tower is situated and where most of the headquarters of the world’s finest companies are located. You may want to relocate to this awesome office tower to be with the Philippines’ and the world’s best companies and rub elbows with them. Be with the biggest so you may someday be one of them!

Alveo Land’s master-planned office buildings nurture individuals’ hard-earned investment so that they may grow and not relinquish to any pressure from work but rather continue what they perceived to be the most efficient way of handling business. The Alveo Financial Towers office facilities bring the best in one’s mental and physical capacities by providing them the best place to work well.

The City Gate lies near the project and it is set to comprise two office towers with more than 56,000sqm of leasable areas designed and built by Ayala Land catering to multinational and BPO companies. This mixed-use office building has a 10,000sqm of retail podium with restaurants and shopping spaces. Residents of the Alveo Financial Towers could engage on this endeavor as entrepreneurs to maximize their income potential.

The Makati CBD is considered one of the most energetic and vigorous commercial districts in the whole Southeast Asia. The economy this side of Makati is also touted to be the strongest among the cities in the whole country, investing here (primarily in real estate) is strongly advised by financial experts due to its high-yielding appreciation in short term basis. There are two groups managing the financial district: The Makati Commercial Estates Association (MaCEA) and the Ayala Property Management Corp. (APMC). 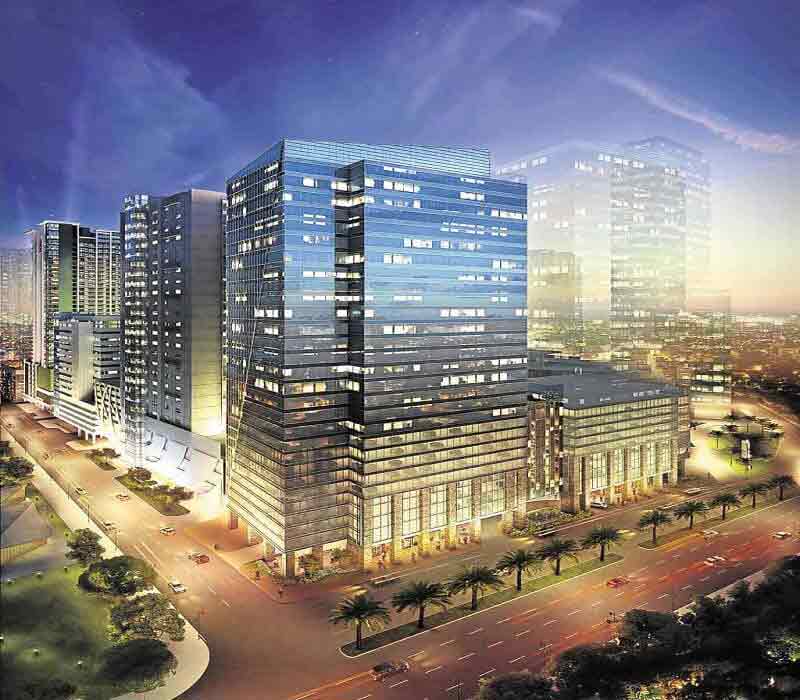